Rahul Bhargava is an educator, researcher, designer, and facilitator who works on data storytelling and technology design in support of social justice and community empowerment.  He is an Assistant Professor of Journalism and Art + Design at Northeastern University, where he founded and leads the Data Culture Group. Rahul’s builds collaborative projects to interrogate our datafied society, with a focus on rethinking participation and power in data process. He has created big data research tools to investigate media attention, built hands-on interactive museum exhibits that delight learners of all ages, and run over 100 workshops to build data culture in newsrooms, non-profits, and libraries. Rahul has collaborated with a wide range of groups, from the state of Minas Gerais in Brazil to the St. Paul library system and the World Food Program. His academic work on data literacy, technology, and civic media has been published in journals such as the International Journal of Communication, the Journal of Community Informatics, and Digital Humanities Quarterly. His museum installations have appeared at the Boston Museum of Science, Eyebeam in New York City, and the Tech Interactive in San Jose. Rahul has led workshops and made presentations at meetings such as Data for Black Lives, the FHNW Academy of Art and Design, IIIT New Delhi, the United Nations World Data Forum, TICTeC and the Designing Interactive Systems conference. 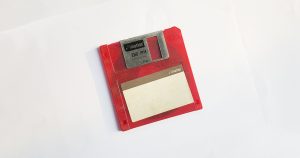 Data culture experts discuss a hands-on, self-service curriculum that empowers professionals of all experience levels to work with data. 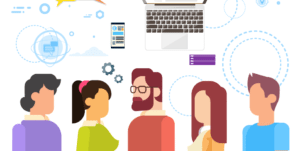 This piece was originally published on Medium. The DataBasic.io project is supported by a 2016 Digital Impact Grant. Most of the larger non-profit organizations we work with are scrambling to figure out how to deploy complex technologies like machine learning and “AI” in service of the social good. These include inspiring examples that range from poverty alleviation, […]