Jacob Harold is President and Chief Executive Officer at GuideStar. Previously he led grantmaking for the Philanthropy Program at the Hewlett Foundation. Between 2006 and 2012, he oversaw $30 million in grants that, together, aimed to build a 21st-century infrastructure for smart giving. At the beginning of his career, Jacob worked as a climate change campaigner for Rainforest Action Network and Greenpeace USA and as organizing director at Citizen Works. He also worked as a consultant to nonprofits and foundations at the Bridgespan Group and as a climate change strategist for the David and Lucile Packard Foundation based at The Energy and Resources Institute in New Delhi, India.

Jacob was named to the 2014, 2015, and 2016 NonProfit Times (NPT) Power and Influence Top 50 lists, and currently serves as a term member for the Council on Foreign Relations. He serves on the advisory boards of the Center for Effective Philanthropy, Emerging Practitioners in Philanthropy, Duke University Center for the Advancement of Social Entrepreneurship, Bright Funds Foundation, and Docusign IMPACT. Jacob is a member of the editorial board of the Nonprofit and Voluntary Sector Quarterly.

I’m excited to announce a major milestone in GuideStar’s history. GuideStar’s vision is to drive philanthropy by increasing nonprofit data collection, distribution, and innovation. Today, we take a giant leap toward further achieving that vision. I am happy to officially debut our completely redesigned GuideStar Nonprofit Profiles. We started this redesign process by asking you and […] 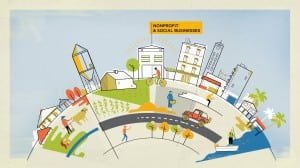 Does Markets for Good count as a social movement?  Surely it cannot compare to the great social movements of the 20th century in terms of moral resonance or aspiration towards greater human dignity.  But it is a collective, decadal effort to build a better world; perhaps someday history will judge it worthy to be called […] 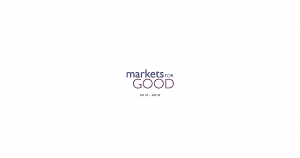 Social strategist and author Jacob Harold shares his vision of a solid information infrastructure and how it could work in the social sector.