Data Visualization: On Making It Plain 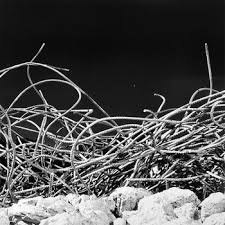 “…the volume and complexity of what we know has exceeded our individual ability to deliver its benefits correctly, safely, or reliably. Knowledge has both saved us and burdened us.” – Atul Gawande in “The Checklist Manifesto”

There must be a green shoot somewhere in Dr. Gawande’s paradox. If so, it certainly won’t be found in knowledge abating (we hope!), but rather in the ways that strategy and tools are created and adapted to manage it – the checklist, in this case, being a simple and powerful one.

What about data visualization? Where does it fit as we try to make sense of it all?

This is the question and new editorial theme we will examine during the months of February and March.

Today we’re settling into a pace of innovation that is defining an era with respect to how information is generated and processed. The learning curve is steep, even today, starting from the internet bubble of 1995-2000 and then moving into the sobering maturation of data-driven systems, tools and business models since then. (Here’s an easy experiment to test that: Take some of your favorite sites for a ride on the Wayback Machine and look closely – not just at the obvious design shifts but at the narratives, commerce structures, etc.)

Alongside this maturation, we should pay attention to the language that accompanies it, a language that is increasingly driven by disruptive visual representation, whether static or dynamic. In this context, we take up data visualization as a discipline to examine on its own merit.

How do we use it as a language to make sense of the massive loads of data we face today? How does it help us move along the data-information-knowledge-wisdom continuum?

In a way, we’re not on new ground, with representational systems dating back about as far as history can record. The challenge is in how we put it to use on problems that need to be addressed today. We’ll spend the next two months exploring data visualization within the social sector.

Why It Matters In The Social Sector

While the business community and government, for example, have well-developed languages to describe their markets, functions and performance, the corresponding economy of thought and language in the social sector is fragmented, mirroring the fragmented underlying structures that determine how we generate, use and share information. Of course, data visualization doesn’t fix the scenario on its own. It is, however, a critical language of our time and, thus, part of the infrastructure that must be developed and strengthened, to the extent that it references and simplifies the wide range of activity in addressing complex problems.

The Evolution of Data Visualization

The acknowledged “father” of the infographic – the precursor to what we now know as data visualization – is William Playfair. At 27 years old, when he developed groundbreaking visuals that we now take for granted (bar charts, line graph, pie chart), he was a late 18th century version of today’s wunderkind. His work is now infrastructure that you can’t escape in any analysis or PowerPoint presentation.

Fast forward to the 1980s: Edward Tufte starts a new conversation, finding commercial success with the publication of The Visual Representation of Quantitative Data, a book that was the result of applying design principles to analytics. There are many twists, turns and inflection points from the 90’s onward. Again, the curve is steep.

Today, digital data is unifying various other media forms in the push for better visual language, giving us the ability to ask new questions. We can now discover more dimensions in historical data to help inform our thinking today. For example: check the roots of our global trade practices with this visualization of ancient shipping routes.

What’s clear is that we now have an inkling of the power of visualization.

You can write about global development statistics and indicators, or you can show them with a tool like Gapminder. You can publish tables that demonstrate traffic density in a major urban area, or, you could show it, as Vizzuality has done here. What if we could see refugee migrations around the world since 1975 – on one map?

Uses, Limitations, and Possibilities: The Question of Infrastructure

As with any tool that has great promise, the promise is usually a good part the problem. From countless harsh warnings from the Twilight Zone about “placing faith in science and technology to make the world a better place” to the fast iterations of the web, new technologies have been pitched as grand problem-solvers and great democratizers. These dreams have turned out to be more complex. For now, even smart phones still need smart users.

Data visualization fits squarely in this narrative. While we recognize the risk of over-promising on the high end or just creating isolated, pretty pictures on the low end, the potential of data visualization as a critical and growing language is evident.

To realize the promise  – data visualization as a useful part of the information infrastructure – would mean that users in organizations of all sizes and budgets able to access and use the language of data visualization to explore hypotheses on interoperable platforms, inform their decisions, educate new constituencies and tell compelling stories.

During this theme, we’ll consider the tactical, strategic and infrastructural angles of data visualization, paying particular attention to the last part: how we apply it to the information infrastructure.  As with prior themes, we’ve lined up a number of highly respected guest authors to seed the discussion. Greta Knutzen opens the theme with a survey of a few of the top data visualization producers, sharing insights from personal interviews with each. Humantific will take a deep dive into visual analytics. Givingdata.com will walk us through the intersection of visualization and better grants management. And we have many more who will contribute and comment from both the user and the maker perspectives. Join the conversation!