Alison Carlman of GlobalGiving on her origins with the crowdfunding platform and the opportunities she sees for nonprofits in this space.

Alison Carlman Director of Evidence and Learning at GlobalGiving 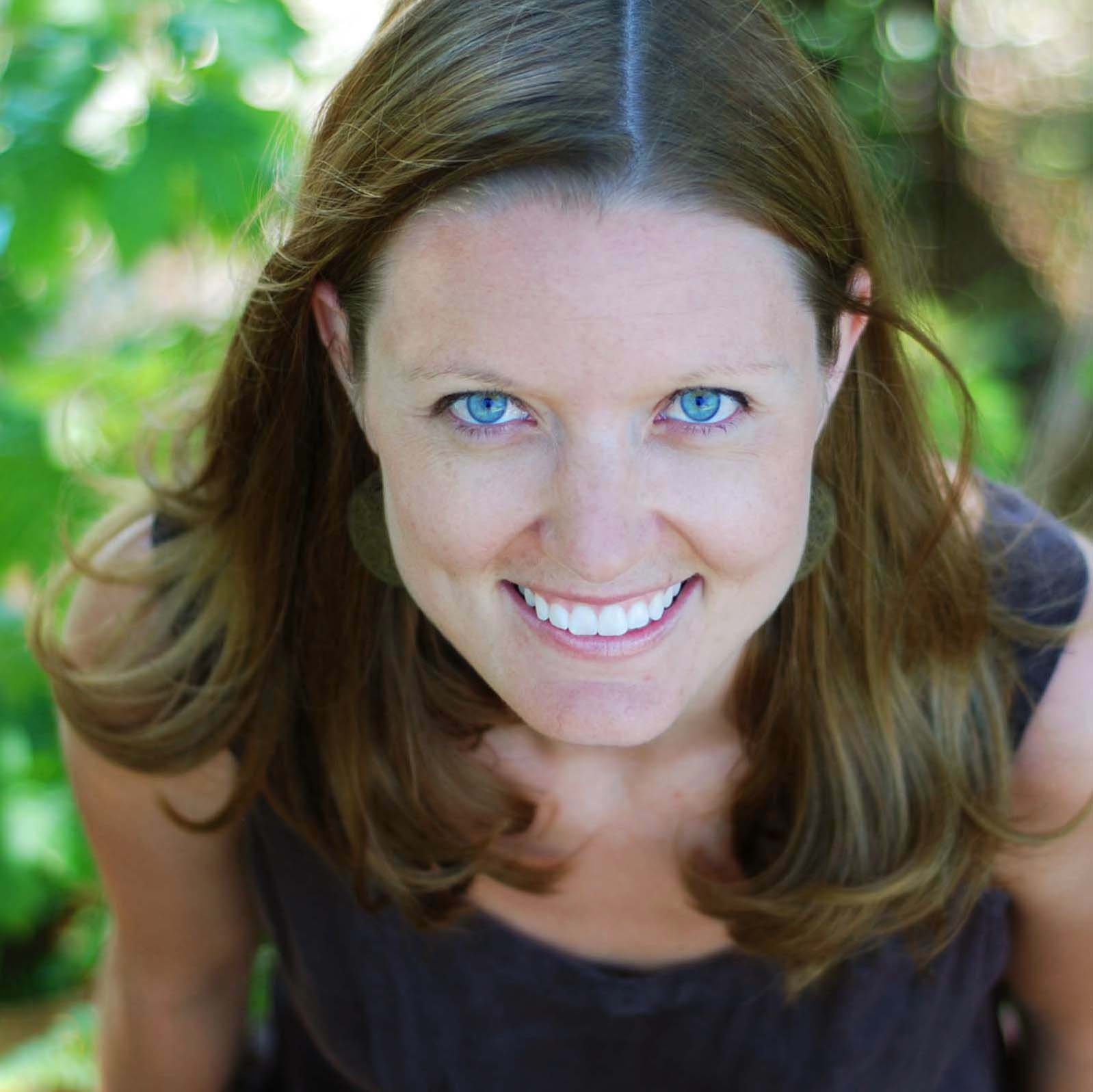 Tell us about yourself and your career so far.

I’ve spent the last decade exploring the role of communicators in global development, and the way the Internet can facilitate relationships (and the exchange of ideas and resources) around the world. Nerdy, right? But I guess I should feel right at home in the Markets for Good community.

I studied community development in South Africa, and had the opportunity to do my Masters research as a Kiva Fellow with Kiva.org in Kenya. I wanted to learn more about the relationship–if there was any–between people who needed support for their ideas (micro-finance borrowers on the Kiva platform), and the people who chose to follow and fund them (people from around the world who read their stories and chose to lend.) Needless to say, I spent a lot of time explaining the Internet to farmer-grandmothers. “It’s this place, like a bulletin board…”

After spending several years with nonprofits I learned how important the role of monitoring and evaluation (M&E) is in global development, so I stuck around in South Africa to study more and learn about the value of constituent feedback with Keystone Accountability.

I consider myself extremely lucky to have found a role at GlobalGiving that not only enables me to use my trade skills (marketing and communications) but also allows me to be on a team of people exploring bigger M&E questions about GlobalGiving’s social impact. GlobalGiving is the world’s first and largest crowdfunding marketplace that connects donors, nonprofits, and companies who are exchanging information, money, and ideas. We’re also aiming to provide tools and incentives that help nonprofits become more effective. For the past four years I’ve been working with some really inspiring and encouraging people who’ve challenged me to question assumptions and continually seek new ways to think about problems. They’re also people who like to bake, so that’s a perk.

What are you working on right now that might be of interest to the Markets For Good community?

We’ve been working for years to build the GlobalGiving marketplace in a way that rewards effective organizations, and, more importantly, incentivizes the behaviors that we believe make organizations more effective. We work with thousands of nonprofits around the world, and we often get the question, “If I were to give, what is the best organization to give to?” Of course, it’s really hard to compare an organization that’s providing school uniforms in Uganda to one that is preserving the rainforest in the Amazon, but what we’ve found is that there’s one trait that effective organizations share: it’s curiosity. It’s the desire to hear and to know more about the impact of your programs, a thirst to understand the how they are affecting people.

Starting this year, GlobalGiving is rewarding organizations that are committed to learning and improving by elevating their status in our marketplace. We’re raising them up in our search rankings, and promoting them more to corporate partners. We’re giving them more visibility and promoting them with our own marketing muscle, so that, hopefully, we’ll be channeling more money to more effective organizations —those that demonstrate curiosity and a commitment to learning and improving.

You mentioned you’re on a team that is working to understand, measure, articulate, and improve GlobalGiving’s social impact. What do you think are the biggest opportunities in this space are at the moment?

Right now there are hundreds of crowdfunding platforms out there that are working to channel money from givers/donors/lenders to people who are creating change. This is awesome. We are so glad that for first time in world history, there’s a place where community groups around the globe can tell their stories and get their ideas heard and funded. And there are even big opportunities for marketplaces like ours to highlight projects that can have the most impact.

But that’s only Act One in the bigger story for crowdfunding communities. The next act—and the big opportunity in our space—is about helping world changers improve their day-to-day work.

See, in the past, we used to think there was a tradeoff for nonprofits between marketing themselves (to get funding) and learning or improving their work (what they actually want to do, but don’t have enough time to do). But it’s time for the end of the tradeoff: nonprofits should actually be able to raise more money by focusing on learning and improving the quality of their work. The sector is ripe for a system that rewards learning with funding; that’s what we’re trying to do.

How has the crowdfunding landscape in the communications realm changed since you began?

There’s been a lot bigger emphasis on trying to figure out what we can learn from data instead of just doing things like they’ve always been done. As more of our data is digital, there’s a growing emphasis on what GlobalGiving calls the ‘listen, act, learn and repeat’ cycle. It’s about experimenting, gathering data and analyzing results, and moving forward in an iterative way.

As a communicator five years ago, you might have tackled a big problem by first spending months with lots of people developing a big plan. When you finally launched with your strategy, you’d just have to sit and watch and hope it all went well. (Nonprofits rarely had access to test markets and focus groups which would have helped provide some preliminary feedback on a strategy prior to launch.) Today, technology is developing in a way that there’s a trend towards a leaner approach. It’s possible for even small nonprofits to test something out on a very small scale, to get some information, and move forward and try again, based on initial learning. I expect this to continue.

“Nonprofits should actually be able to raise more money by focusing on learning and improving the quality of their work.”

For example, we see this in our digital communications. When I started, I used to write email appeals for GlobalGiving, and it was more of an art, I’d just write narratives that seemed compelling to me. The only data we’d get would be the results after the send. More recently, we started to get tools that would allow us to A/B test with our audiences prior to a send. We’d test out two different subject lines with the first 10% of our audience before sending to the whole list. That early learning became a possibility, mostly because the tools became easier and more accessible. Going forward, every email we send is now part of some test. We can A/B test different copy, images, or themes with our users, to really figure out what works. And the results almost always surprise me, often countering my intuition.

It’s been the same on the web in general–now we use a tool called Optimizely that allows anyone in our organization to create an A/B Test on any webpage on our site. So if someone in our office is curious, and says, “Hey, what if we worded this a little differently? Would it make more people sign up for our emails?,” then they can create a test this using this tool. I think the fact that the tools are getting more accessible makes it easier to embrace a more open culture of experimentation, and shows that the way people react isn’t necessarily the way we’d expect them to.

What three lessons would you want to pass on to nonprofits that are beginning to think about crowdfunding?

The first is to figure out your story – figure out a way to say it in a succinct way that’s compelling to people, try it out on lots of people, ask for feedback, and see how it goes over.

The second is just to really think about who you know, and the people that can tell your story on your behalf. Nonprofit leaders think that crowdfunding will give them access to a whole new sea of supporters–which can be true, but it’s not as easy as “if you build it, they will come.” It’s more of an iterative process. The more you can equip your advocates, the better they’ll be at reaching out to their own networks. You’ll be surprised to see who comes through for you.

“There’s a lot that can be learned from failure that can propel you towards success if you’re willing to look at the results and try again.”

The third would be to keep trying. You try something, and it doesn’t work – figure out what it was that didn’t work, and to keep trying, and not to give up after one try. There’s a lot that can be learned from failure that can propel you towards success if you’re willing to look at the results and try again. I’m not just saying, “don’t give up.” I’m advocating for collecting good data to help you actually figure out what’s working and what’s not.

Some of my less philosophical tips? Don’t pass up a statistics class in college, even if you’re a comms major. Use a mass email provider that lets you A/B test your content (we use MailChimp). And find a friend who’s great at proofreading.