Hudson Hollister is the founder and executive director of the Data Transparency Coalition. The Coalition is a trade association of technology companies, nonprofits, and individuals supporting the publication of government data in machine-readable formats. The Coalition supports reforms such as the Digital Accountability and Transparency Act, or DATA Act, to transform U.S. federal spending information from disconnected documents into open data. Prior to founding the Data Transparency Coalition, he served as counsel to the Committee on Oversight and Government Reform of the U.S. House of Representatives and as an attorney fellow in the Office of Interactive Disclosure at the U.S. Securities and Exchange Commission. Before his government service, he was a securities litigator at Latham & Watkins LLP. 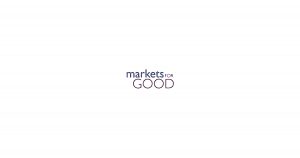 The Financial Transparency Act of 2015 Has Been Introduced

The farthest-reaching open data legislation since the DATA Act highlights how open data will impact investors, regulators, and the financial industry.

Why the DATA Act Matters

The US Digital Accountability and Transparency Act is a bold bid to transform government spending information from disconnected documents into open data.