Angela is the founder and CEO of Agora for Good, an organization focused on bringing transparency and impact to charitable giving. Since launching the company last year, Angela has partnered with over a dozen major foundations and nonprofit leaders including the Omidyar Network, the Mulago Foundation, Ashoka and Echoing Green.

Angela has advised major donors on investing over $300 million in global development, supported nonprofits, and conducted nonprofit impact evaluations and strategy projects for ten years. Her content expertise includes global health, agriculture, access to finance, pay-for-results programs, gender, and education technology. Prior to founding Agora, Angela worked at Dalberg Global Development Advisors, the Clinton Health Access Initiative, PepsiCo and the Monitor Group. Angela is originally from Hawaii and holds a BA from Stanford University and an MBA from Stanford Graduate School of Business. 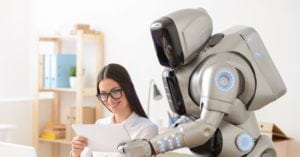 Are robo-advisors the future of philanthropy?

The financial sector has benefited from tech innovation in the form of  ‘robo-advisors,’ which help individual investors manage their money.  Popularized as an innovative way to democratize investing, these services provide automated, algorithm-based portfolio management advice (in some case supplemented with human advisors). In particular, wealth management tools which augment human advisors through scalable technology, […]