Are robo-advisors the future of philanthropy?

The financial sector has benefited from tech innovation in the form of  ‘robo-advisors,’ which help individual investors manage their money.  Popularized as an innovative way to democratize investing, these services provide automated, algorithm-based portfolio management advice (in some case supplemented with human advisors). In particular, wealth management tools which augment human advisors through scalable technology, such as Vanguard’s automated advisor, have seen a tremendous boost in this type of machine-supported-by-man advisory work, scaling to tens of billions of dollars in the past few years.

The wealthiest donors have access to valuable research and data not available to the retail donor, despite giving less than 15% of all non-governmental dollars per year.  The largest 30 private foundations in 2014 spent, on average, 19.6% of their annual budget on research and administration of their grants, according to their 990s. Major philanthropists like Bill Gates and Cari Tuna have been able to invest $680 million and $36 million per year (respectively, 2014) on hiring some of the smartest people in the world to conduct their own research.

In addition to being costly, the information required to conduct this process – global statistics as well as internal individual nonprofit data – is often not provided to individual donors. Imagine asking a nonprofit to send bespoke reports and data on progress for a $50 donation! In other words; such services could tremendously benefit the many individuals who collectively donate $300 billion every year in the United States alone.

Rather than requiring human advisors to conduct bespoke projects, robo-advisors could aggregate existing data, make it easily searchable, and package it for individual donors.  Agora for Good, an online donation platform, is one of the first to launch these new services, with an enhanced enrollment process launching this week. Similar to the concept of ‘mutual funds’, where experts curate collections of top performing stocks based on investor’s preferences and risk tolerance, Agora curates funds of nonprofits designed by experts.  Donors can customize their search based on their cause interests (health, equality, environment, etc.) and their risk tolerance (proven impact or early stage ‘venture’ nonprofits).  But, instead of requiring millions to access such information, this is now available to donors giving as little as $5. 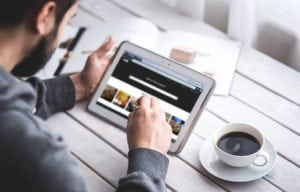 “I’m aware that I’m in a privileged position and I should give back somehow,” says Scott Yak, a software engineer at Google and a user of Agora’s new platform. “I know I’m not in Bill Gates’ position, where extensive planning would make a big difference in the impact I can have, so doing a whole bunch of research before giving a few bucks (relatively speaking) feels like I’m getting ahead of myself. At the same time, it seems foolish to just part with my money to charities that are scams or cause harm to their beneficiaries.”  Scott believes the guidance provided by a robo-advisor increases the impact of his gifts.

In addition to aggregating existing data, Agora is generating new data to help nonprofits share what matters to donors.  In a form similar to an Angel List profile, nonprofits are coached to submit over 20 fields of data, focused on their credibility (including major grants and endorsements), transparency (mission, theory of change, photos from the field) and impact (studies or evaluations that have been conducted).  Agora is also collecting some data from its expert partners – foundations and thought leaders – with the goal of including more third party data in its search.

Automated services have been slow to penetrate the nonprofit sector, but are emerging.  Despite individual giving in the US being seven times the size of the global mobile app industry, software developers tend to overlook the opportunity for transformation. That said, these services seem to work to expand giving by smaller individual donors: Agora reports its donors give to seven or eight nonprofits per year on average, which is more than double the number of nonprofits a typical young donor supports.  Agora is now tracking whether its users also give a higher percentage of their income after using the platform, or give more frequently. Perhaps over the coming years, we’ll start to see a more robust array of options for individual donors.

Would you trust a computer to score a nonprofit’s impact? In what other ways do you see giving tools evolving with a new generation of philanthropists? Chime in with a comment below. You can also connect with Angela Campbell on Twitter or LinkedIn. Learn more about Agora for Good on their website.

To stay up to date with the latest from Markets For Good, sign up for our newsletter and follow us on Twitter. Better yet, become a contributor!