Which Data? And Who Will Pay for It?

Phil Buchanan is president of CEP and was the first chief executive of the organization. Under his leadership, the organization has grown into the leading provider of comparative performance data […] 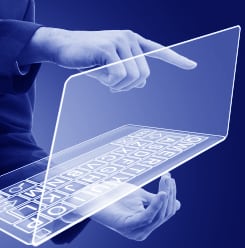 Performance assessment is an acknowledged necessity for nonprofits to operate effectively and attract capital. Phil Buchanan discusses the role of foundations in helping nonprofits carry out this vital function and the challenges for everyone involved.

Markets for Good is a welcome push for the development and use of data to inform better decisions and, ultimately, better philanthropy. I could not be more supportive: indeed, “Better Data, Better Decisions, Better Philanthropy” is the tag line of the organization I lead.

In the current moment, in which “big data” is almost fetishized, I fear the chasing – and use – of data in a less than discerning way. We should all be careful not to promote the use of potentially misleading metrics, such as administrative cost ratios or “lives touched.” In the words of one nonprofit board chair denied funding on the basis of the latter metric, “I could give a lollipop to every kid in Boston and do really well.”

We should be interested, instead, in philanthropy supporting the development of data and performance management systems of the kind promoted by Mario Morino and David Hunter – ones that speak to the efficacy of the work and drive continuous learning and improvement. We should also support the development of systems that serve the needs of multiple organizations pursuing shared goals, as demonstrated by the Stuart Foundation in its child welfare work. This kind of work ain’t easy. Or cheap.

This relates to my second concern, which is that, when it comes to nonprofit performance assessment, funders talk the talk, but too many don’t even crawl the crawl, much less walk the walk. At the Center for Effective Philanthropy, we have surveyed CEOs of large foundations and seen that they believe in holding nonprofits to higher standards of evidence. Yet we know from our surveys of grantees that funders, in general, do precious little to support nonprofits in doing the difficult work of performance assessment.

In our surveys of 41,000 grantees of 284 foundations, we see that, at the typical foundation, less than 10 percent of grantees report getting assistance beyond the grant for the development of performance measures. And in a recent, separate survey of nonprofit leaders who comprise our “Grantee Voice” panel, we see that 71 percent of foundation grantees say they do not get any support – financial or non-financial – from any of their foundation funders.

It’s not that nonprofits aren’t trying to do this work. On the contrary: our survey and a recent survey by New Philanthropy Capital in the UK shows that nonprofits care about assessment and are working on it. But they’re not getting the support they need and want. There are exceptions among foundations – well-known ones such as Edna McConnell Clark Foundation and lesser known ones such as St. Luke’s Foundation in Cleveland. But they are clearly exceptions.

Where will nonprofits get the support for this work if not from foundations? The median organizational budget of the foundation grantees in our dataset is just $1.4 million. Nonprofits are stretched thin already.

It’s not just that funders don’t generally step up to support nonprofits with needed financial and non-financial support to build performance management systems. It’s that many continue to focus on administrative cost ratios and impose arbitrary limits on “overhead,” which is often ill-defined, in ways that actually create a disincentive for nonprofits to do this kind of work.

For Markets For Good to result in meaningful change, a big part of the emphasis must be foundations stepping up and supporting the development of good, credible data and robust nonprofit performance management systems.

It won’t be easy, but it’s what is needed.

Curator’s Note: Are you a foundation officer who has funded performance assessment for a nonprofit? Let us know your successes and challenges here in the comments. Are you a nonprofit manager who has successfully conducted performance assessment with the help of a foundation? Talk to us about your experience and what you would recommend for nonprofits seeking advice in this area.