Put Your Data Where Your Mouth Is: Open Data to Fuel Impact Investing (Part I)

David Bank, a veteran Wall Street Journal reporter and author, is editor and CEO of Impact IQ. Most recently, Bank was vice president of Encore.org (formerly Civic Ventures) and an […] 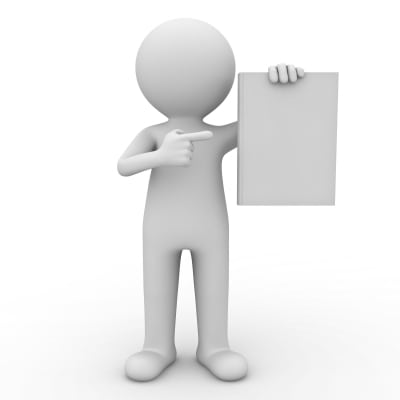 Today, the social sector (and Markets For Good, in particular) is not only asking critical questions about data, but also dealing with them head-on… Which data? Who pays for it? Where’s the accountability? and others. In this post, David Bank of Impact IQ, a firm that is seeking to track and publish the actual  transactions that are defining the impact investment space, backs the data discussion up to a question that might just sit in pole position: “Where is it?!”

I’m an old-school journalist steeped in the timeless wisdom: follow the money. So when I assigned myself in 2012 to cover impact investing, I wanted to know who was making bets on what, and how they were working out. To my surprise, there was no daily, weekly or even annual dealsheet of the kind that venture-capital and private-equity investors take for granted.

There was no easy way for me to track private investments of equity or debt in for-profit enterprises explicitly seeking and measuring positive social and environmental results along with financial returns.

If it was hard for me to track “impact” deals, how could impact investors themselves? How could new investors and entrepreneurs just exploring the opportunities make sense of the marketplace?

White papers were easy to find. There was the foundational 2008 Monitor Institute report that made a “good guess” at a $500 billion impact investing market in a decade. And a 2010 JP Morgan report that estimated impact profits of up to $667 billion from just five base-of-the-pyramid sectors — urban housing, rural water, maternal health, primary education, and microfinance. And last year’s Hope Consulting survey multiplied the 69 percent of financial advisors at least warm to the idea of “sustainable investing” by one-third of their clients and 10% or so of their portfolios. That equals 2.5 percent of the $26 trillion in managed investments or $650 billion.

None of these estimates took me to actual investments backing the numbers; so I kept looking for the deals. ImpactBase is a terrific resource from the Global Impact Investing Network, the closest thing to an industry association for the nascent field. It now counts 221 funds with $14 billion in committed capital. The GIIN counted 2,200 impact deals worth $4.4 billion in 2011, up from 1,000 deals worth $2.5 billion in 2010.

In their most recent survey, the GIIN and JP Morgan report that 99 fund managers who committed $8 billion to impact investing in 2012 expect to commit $9 billion this year. Most of those investors reported they had at least one “home run” – an investment that significantly outperformed expectations while delivering the intended impact.

But there’s no way to identify those deals. The GIIN collects data from funds and provides it to JP Morgan in aggregated and anonymized formonly. PCV Insight, which surveyed 300 private equity firms and found 69 firms, with $4 billion in assets, that can be considered impact investors, doesn’t list the funds. ImpactAssets does produce an annual list of 50 impact investment funds, but doesn’t track their portfolio investments.

If impact investing is such a compelling way to leverage private capital for social impact, where are the impact deals?

Even true believers have grumbled they keep hearing the same examples, be it Bridge International Academies’ low-cost private schools or d.light’s solar lanterns. Terrific ventures, but not nearly big enough to shoulder the whole load of expectations. Impact investing risked death by anecdote and allowed the conventional wisdom to take hold: There was too much impact money chasing too few impact deals.

Too much money? As if! The veritable explosion of small and growing businesses, entrepreneurial start-ups, social ventures and NGOS with innovative approaches and disruptive technologies is one of the bright spots in the global economy. But few of the entrepreneurs trying to build scalable models to cost-effectively deliver transformative change for vulnerable populations would say there’s too much money. No, the first problem to address is just getting the information.

But, openness challenges the traditional practices of some investors and funds, as well as of some data providers in other investment domains. Some investors want to guard their privacy; fund managers don’t want to telegraph their strategies. Both funders and entrepreneurs can be wary of premature publicity for ventures that may fail. Some funds, of course, publish lists of their portfolio companies, but generally without deal details. Many deals are so small they don’t get announced, much less picked up by the media.

Nevertheless, the pros and cons increasingly favor disclosure: to show the world that impact investing is a real and growing market and attract new investors… to gain insight and forge common solutions from the ecosystem of stakeholders…to validate their portfolio teams and perhaps get some credit themselves… and to embrace accountability in a market robust enough to stand up to scrutiny.

As Lucy Bernholz declared in her excellent new report on trends in philanthropy for the year ahead: “Linked, comparable, accessible data is the new starting line. The race is now on to see who will create what public-facing tools for making sense of this information.”

That holds true for impact investing as well. As the data becomes more robust, we’ll be able to report trends by quarter, by sector, by geographic market. We’ll be able to spot new kinds of financial instruments and term sheet provisions, and track acquisitions and other exits. We’ll be able to track the flow of capital as it goes to ground in projects on the ground.

Deals are real-time indicators of the flow of capital, such as it is, toward a sustainable, inclusive economy for the 21st century.

Are we approaching a tipping point? The data is in the deals.

Curator’s Note: In Part II, David will provide his perspective on the question he poses here (“Where’s the data?”) and what he’s doing about it, but what do you think? What are you seeing out there that is fueling your information needs, your research, your investment decisions? There is never perfect information, especially about deals, and even the financial sector isn’t absolved from the data quality issue simply by nature of data abundance. But , if there is real movement in this sector (and, there is), then let’s take a hard look at what’s going on. Talk to us in the comments here below.