Caroline Hartnell is the editor of Alliance Magazine, a quarterly magazine focusing on philanthropy and social investment worldwide that is published by Allavida, a UK-based NGO that works internationally to raise the capacity of civil society at the community level, helping people to acquire the skills, knowledge and resources they need in order to lead local action and bring about constructive change in their communities. 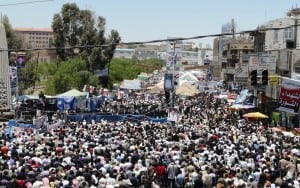 Philanthropy in Transitions – A Defining Moment

Barbara Ibrahim, founding director of the Gerhart Center for Philanthropy and Civic Engagement at the American University in Cairo, opened the discussion by reflecting that four years ago, as the Arab Spring uprisings began, there was initially strong international interest in supporting transitions in the region.  As the transitions became more chaotic, ‘concern was not followed by investment’ – unlike the foundation response after the fall of the Berlin Wall in 1989. This was partly […]