Yo Yoshida is the CEO and co-founder of the San Francisco civic start-up, Appallicious. He is a seasoned innovator, entrepreneur, writer and start-up adviser with a passion for government and […] 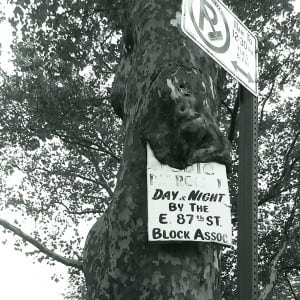 With so much activity going on in the open data space, we appreciate this quick and personal tour from Yo Yoshida,  CEO and co-founder of Appallicious. The civic app businesses Yo cycles through here have one clear thing in common: high utility for citizens in a local context, a critical first component of any emerging business models. Sustaining them isn’t guaranteed but we are also seeing inroads into how to do just that. Appallicious is one among others that is making enough money to keep growing. [image: Local tree consumes open, accessible data in East Flatbush, Brooklyn, NYC -ejh]

2013 has been a banner year for the open data movement. From San Francisco to New York to Philadelphia to Austin and Oakland — cities are finding ways to make their data more accessible. And this past May, President Obama issued an executive order requiring that going forward, any data generated by the federal government must be made available to the public in open, machine-readable formats.

This isn’t the first time we have seen government data unlocked and made publicly available.

The decision to open GPS provided the ability to create sophisticated navigation systems to prevent future disasters. But, serendipitously, Reagan’s directive led to the creation of a $250 billion a year industry that includes any GPS enabled mapping device or location-based mobile app. Not to mention, this data has created millions of jobs.

Thirty years later, we are still witnessing how open data is not only revolutionizing different industries, but also improving the lives of citizens along the way. And the movement is going local.

There have also been many mobile apps created by civic startups that have the potential to not only keep citizens informed, but some are even saving lives. Earlier this year, Contra Costa County in California launched the PulsePoint mobile application. The app notifies smartphone users who are trained in CPR when someone nearby may be in need of the lifesaving procedure.

Another great app out of Boston is the Adopt-a-Hydrant mobile application. It maps out where fire hydrants are all throughout the city, so volunteers can help dig them out of the snow during the winter. 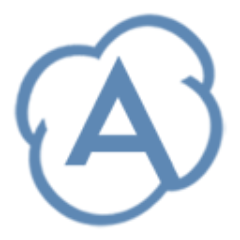 And with our other award-winning app that we created for the San Francisco Rec and Park Department (the SF Rec & Park App) we have simplified mobile transactions for government, while creating a sustainable civic start-up. Following in the open data tradition of Reagan, we are looking to bring what we did in San Francisco to other cities.

Appallicious is positioning its Skipitt mobile platform as a way for cities to easily process mobile transactions for their residents. The startup is generating revenue from each transaction the city takes with its platform using micropayments, a strategy that’s novel in the world of open data but has enabled Appallicious to make enough money to hire more employees and look to expand to other municipalities. – O’Reilly Radar, Making open data more valuable, one micropayment at a time.

The burgeoning open data movement is creating new industries and job opportunities in an economy that is in desperate need of them. But maybe most importantly it is empowering citizens with valuable information that can keep them informed; improve their quality of life, and restoring trust in their government.