Open Disclosure: A Missing Link Between Private Sector And The Poorest

Nicolás Galarza is a Masters candidate 2013 on Urban Planning at NYU Wagner School of Public Service . He has served as advisor to the High Presidential Commissioner for Social […] 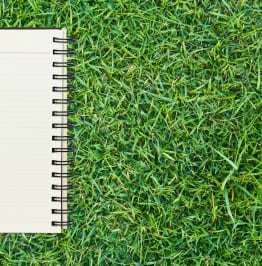 NOTES FROM THE FIELD: The following post is a dispatch from both the classroom and the field. Nicolas Galarza looks at an example of social entrepreneurship in Colombia and finds links between open data and the diffusion of innovation. The result is a route to market development that better reaches the poor with new technologies and other products and services that can improve quality of life.

“Smart disclosure” is a term that I came to know recently as part of one of the lectures of the GOV.30 class I am taking with former CTO of the White House, Beth Noveck. Little did I know that I had been thinking about it for a while.

I worked for the Colombian government for several years and there, I had the opportunity to work at the poverty alleviation strategy. A program that conducted the most complete survey of poor population ever done in the country. It intended to identify the needs of these families to serve as an input for policy design. The collection of information was done through PDA devices which allowed us to capture the information electronically. For the first time, this information was on servers and not resting on piles of paper.

From this work I became increasingly interested in the intersection of technology and innovation to help poor populations and to promote equity. But I have been struggling with the fact that most innovations are not intended to help poor populations, and that there is little to no tech innovation to benefit poor people. The way adaptation innovation works, as the Diffusion of Innovations theory indicates follows incremental stages. Unfortunately the poor, are always lagging on the route for implementing and adapting technological innovations, due primarily to their exclusion of market dynamics.

Tech developments and innovations move to an exponential rate. Sometimes it only takes months to have technological gadget to be obsolete as there is a brand new developing hitting the market. Mobile phones are a good example to indicate the case.

Currently 87% of the world’s population has access to a cellphone, indicating that this technology has already reached “laggards” yet, only 17% has access to a smart phone. It seems unlikely that access mobile phones are going to gain critical mass in the near future within the segment of low income populations. The theory confirms my concern about the exclusionary effect of technology on the poor. How can we create a connection with innovation and those who need it the most?

It turns out part of the answer to that question finds light in smart disclosure. Let me go back to my time serving to the government for a moment. There I got to meet Haidy Duque, a Colombian Social Entrepreneur who had been innerly displaced by the Colombian conflict. Learn more about her here: https://www.ashoka.org/fellow/haidy-duque-cuesta.

Haidy created a business model to help other victims on the conflict that have been impoverished by the displacement. What Haidy did was to acknowledge the fact most of the people that had been displaced from their towns because of the conflict where leaving in houses with very bad conditions as the displacement meant impoverishment for them.

Her idea was simple and consisted in the following. Most of these families have dirt floor and don’t have any material equivalent to tile on their bathrooms. Having identified this situation she went to one of the biggest manufacturers of tile and convinced them that there was a market for their product. If Colombia had about 45% of the population living in poverty, there were a lot of houses to be improved. The company obliged and decided to experiment with a new line of tile that was rustic, and yet had the required standards of quality and safety.

With the creation of the project she now needed a scheme of financing. Still a family living below the poverty line can’t even afford to buy 30 square meters of tile which is the average size of the house of a family living in poverty in Colombia. For this reason she partnered with other entrepreneurs and created a fund to lend money to these families at a subsidized interest so they would be able to engage into improving the conditions of their house. The project is a success: The default rate is insignificant and families were eager to make their houses better. More than 30 thousand households have improved their homes through Haydi’s program.

Haidy’s idea shows that there can be a connection between the private sector and the poor. As C. K Prahalad in his book Fortune At The Bottom Of The Pyramid puts it, poor populations shouldn’t be a burden for the market and be by definition excluded. They should be considered conscious consumers that are more careful than average with their investments given the restrictions that they face.

You might wonder how this all connects to Open Disclosure. But the connection is pretty clear. The information that was gathered by the Colombian government on their survey on the antipoverty initiative.

Amongst the information collected, they included a diagnosis on each of the houses of this population as well as a diagnosis of their nourishment habits to see if there was malnourishment in any of the members. Further, the information indicated whether or not they had basic materials for eating and cooking, such as forks, spoons, pans and pots. The government has information on about 7 million people.

Taking the lesson learned from Haidy, we should aggregate and organize the data and release it to companies producing food and manufacturing basic utensils, not to mention the already successful idea of housing materials.

Imagine the potential and all the possibilities that can be extracted from this information. Haidy’s project is a proof of the principle put forth by Professor Prahalad. The private sector can use the disclosure of this information as input for the development of new products. For companies, working for the poor should not be always a charitable endeavor. The private sector can actually serve the cause of promoting equity and reducing poverty in a profitable manner.