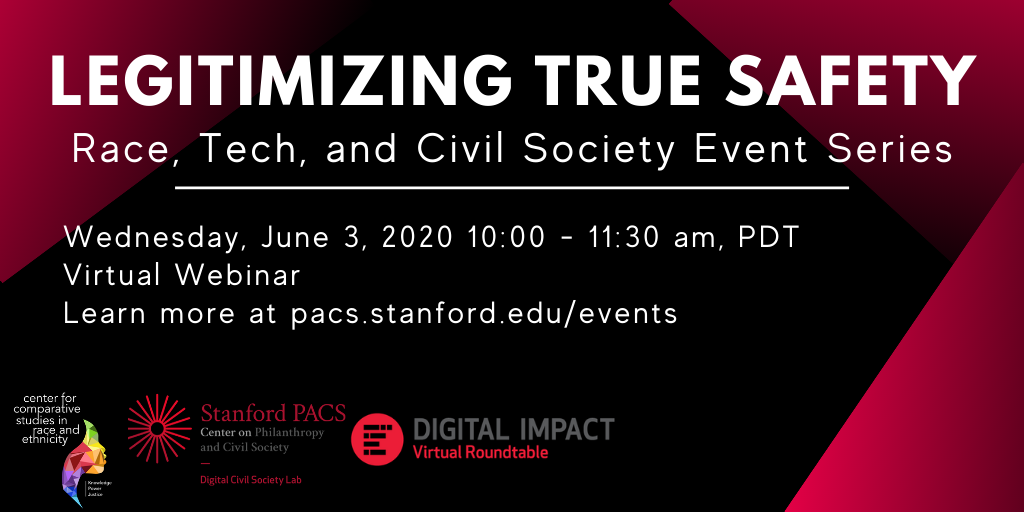 What does real safety mean in a time of crisis? How do mass surveillance technologies impact black and brown communities? How can we build a vision of safety that ensures thriving neighborhoods instead of criminalizing poor communities? Join us on Wednesday, June 3 as we explore these questions and more.

Join us in exploring these essential questions with DCSL Non-Resident Fellow Tawana Petty, in conversation with Eric Williams of the Detroit Justice Center, Clare Garvie of the Center on Privacy & Technology at Georgetown Law, and Cierra Robson of Harvard University.

In 2016, the Detroit Police Department rolled out a real-time surveillance program called Project Green Light as a public-private partnership at eight gas stations in Detroit. The program was launched as a “real-time crime fighting” tool with camera connections monitored around the clock by police headquarters. Flashing green lights indicating the presence of these cameras are a constant reminder of this surveillance. Although the project claims its purpose is to improve neighborhood safety, after adding nearly 700 cameras and mobile devices and introducing facial recognition technology, there is no evidence the program has had that impact. Since COVID-19 hit the city, a program that is supposed to be used to “deter, identify, and solve crime,” has since been turned against Detroiters accused of violating social distancing orders. The city has increased police patrols in parks, regularly conducts flyovers and relies on the Project Green Light camera system to monitor compliance. Detroit police have already issued over 1,700 tickets at up to $1,000 per ticket to residents already struggling with poverty wages, and in a city that is 80% black or African American.

Race, Tech, and Civil Society: Critical Conversations for Times of Crisis explores questions rooted in our histories, impacting our present moment, and critical to our futures. The global pandemic gives new urgency to conversations about race, technology, and civil society. As we depend on digital communications for every aspect of our daily lives, who is left behind? How are technologies being used to surveil communities of color – and how do communities respond to such surveillance? Why is it critical for people impacted by technology to have a voice in how that technology is regulated and employed by governments? Join us for conversations with scholars, practitioners, activists, and policy experts to explore these issues and more.

Sign up for periodic updates from Digital Impact. Opt out anytime.

Digital Impact draws on insights into how digital systems work and how an independent and informed civil society can engage with them safely, ethically, and effectively. Make an impact here.